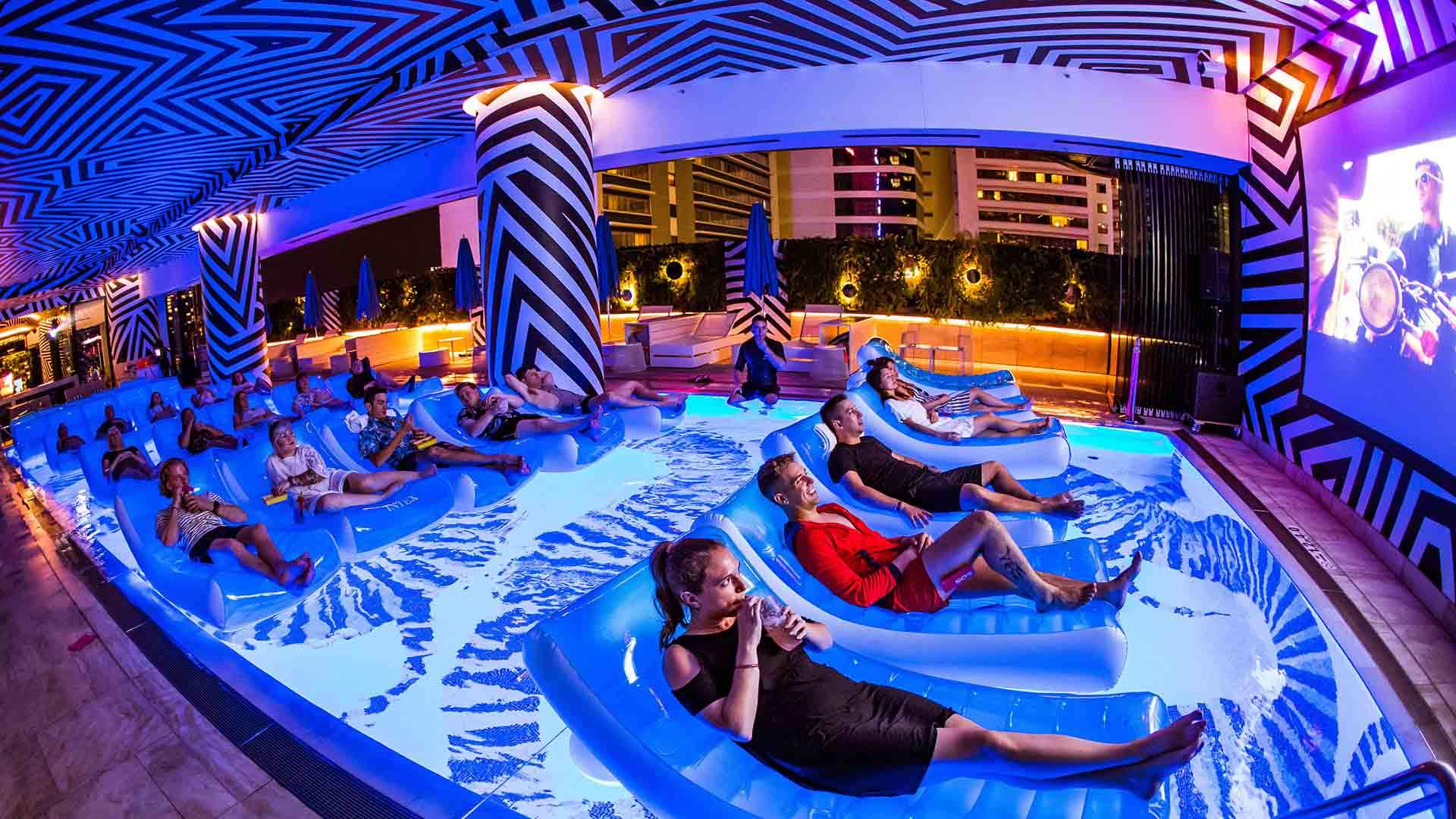 If you're going to watch a romantic film with your other half this Valentine's Day, you may as well do so while you're splashing around in a pool — especially if that's the kind of watery movie date that you've never had before. That's what's on the bill at Brisbane's returning outdoor cinema pop-up, aka the fittingly called Float-In Cinema. Once again setting up at W Brisbane, it's taking over the riverside hotel's WET Deck for three nights in February to pair swim-in flicks with food and cocktails.