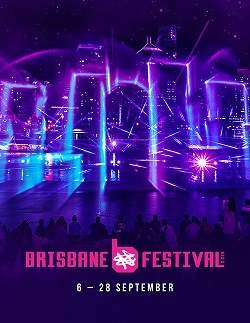 BRISBANE FESTIVAL IS ONE OF AUSTRALIA’S MAJOR INTERNATIONAL ARTS FESTIVALS.

Each September, it explodes across the city with a thrilling program of theatre, music, dance, circus, opera and major public events such as Sunsuper Riverfire. Brisbane Festival attracts an audience of around one million people every year. Brisbane Festival has only been annual since 2009, but in that time it’s been embraced by the city and admired by the world.